How to Convert Flash to HTML 5
Skip to content

How to convert Flash to HTML5

Digital content delivery has matured significantly since its initial beginnings, a stage which was characterized by users facing compatibility issues. Content managers had a multitude of options when it came to creating content. But the more important question was how to make this content reach the widest possible audience who used a wide variety of devices and platforms.

A few events in the digital publishing industry have characterized the future of Flash development:

(ii) Discontinuation of Flash support for mobile devices, and

Among the three events captured above, the drive towards adoption of the HTML 5 assumes more significance. Touted as a vendor neutral standard, it is expected to bring about a level of standardization in content dissemination that benefits all stakeholders. However, the more important question for content developers, particularly Flash professionals, is how to ensure the portability of the huge base of Flash content that has already been created, to HTML 5.

Content creators have three options through which they can address their Flash to HTML 5 conversion needs. 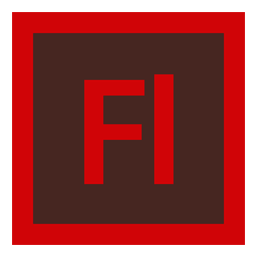 Adobe currently offers a complementary extension to Flash Professional CS6, CreateJS, an open source framework which enables content authors to leverage the rich drawing and animation capabilities of the Flash environment, while also enabling the transition to HTML 5 based content. As of the date of this writing, CreateJS Version 1.2 functions as an export panel which converts existing content into a HTML 5 compatible canvas, into which interactive functionality can be programmed using JavaScript.

The CreateJS toolkit is available for existing users Flash Professional CS6 and the Adobe Creative Cloud.

Swiffy is a Google tool for converting Flash content to HTML 5 compatible format. Google Swiffy takes as input an SWF file, which is then converted into HTML 5 format. This HTML output file from Swiffy is then included in the tag of the final HTML 5 file. Swiffy works by first converting the uploaded SWF file into a JSON file, and at run time, uses a client side JavaScript code to load this JSON file.

Despite the prevalence of options to convert Flash to HTML 5, there are several portability and compatibility issues to be addressed. For instance, there exists a wide base of end users who still use Internet Explorer 6.0 (the current version is IE 9), or one of the earlier versions of popular browsers which do not have HTML 5 support. Rendering Flash content on such browsers would be more of a possibility than taking the pains to convert the same into HTML 5 format. Portability may also be an issue at times, since Flash files created using ActionScript 2.0 (the objected oriented scripting language tightly integrated with the Adobe Flash platform) may be converted using Google Swiffy, whereas Flash files created using ActionScript 3.0 may not be fully convertible to HTML 5 format using Swiffy

In conclusion, Flash to HTML 5 conversion remains a possibility today, but is largely determined by the complexity of animation/interactivitythat is included in the content. With the move towards increased HTML 5 adoption, it is likely that more and more options will present themselves to content creators for conversion of Flash to HTML 5. In a similar manner, the sophistication of existing options is also likely to improve with time. All these developments, when seen from the long term perspective, indicate a promising future in migrating elearning courses.

Sothink SWF Decompiler is the perfect solution for you to use as SWF to FLA converter, SWF to FLEX converter, SWF elements extractor, Flash to HTML5 converter and online Flash downloader. 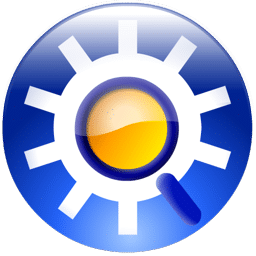